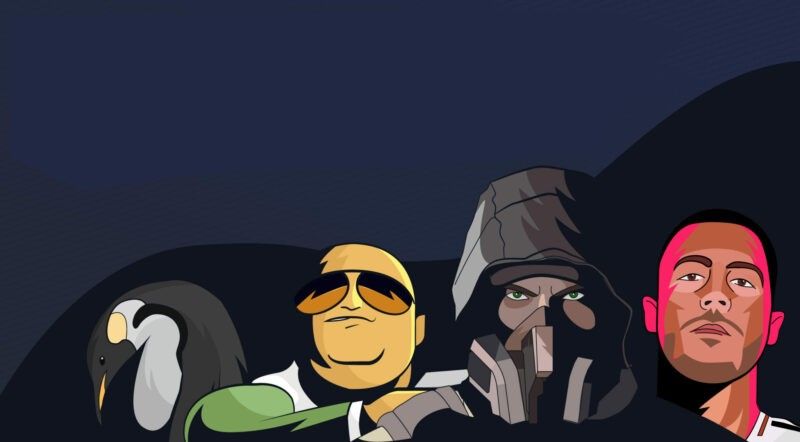 Gamers who have browsed the comments section of a video game review will be aware of the heated debates that often occur regarding how the title has been rated. Is the judgment fair? Have they reviewed the game in enough depth? Do they seem to give better scores to games that are developed and published by larger companies?

This got us wondering: what are the games that the critics dislike but are much loved by gamers all around the world? And, on the other side of the same coin: which games are much loved by critics but underrated by the rest of the gaming community?

To answer these questions, we first turned to Metacritic, one of the largest review aggregate sites on the internet. We gathered the site’s average critic scores and user scores for over 10,000 different video games and ranked them by the difference between each game’s two scores. This allowed us to find out which games are absolutely underrated by critics yet dearly loved by gamers, and vice versa. We then took this one step further and gathered
the average user review scores of games on Steam, to get a comparative dataset and to see what similarities and differences occurred.

Of course, the use of Metacritic’s data does come with certain caveats. Specifically, the User Scores should be taken with a pinch of salt because anyone can review and score any game – this leaves the system open to abuse from trolls and people with an especially aggressive dislike of specific games and franchises. However, there’s no doubt that the data provides an intriguing snapshot of the differences in perception and enjoyment between critics and average gamers.

Now, read on to learn about the results…

Loved by Gamers, Underrated by Critics – Top Three According to Metacritic

Let’s begin with the top three video games that are much loved by gamers but utterly reviled by critics based on Metacritic’s data. The results may surprise you!

The top game loved by gamers but underrated by critics is the shooter Torrente, a Spanish movie tie-in game from 2004. The critics tended to feel that the game was a low-quality imitation of Grand Theft Auto in some ways, but with inferior combat and a far less interactive open world (resulting in an average critic score of 36 out of 100). However, it seems that many gamers disagree with the negative critical verdict – one user even commented, “much better than GTA San Andreas without any doubt.” Overall, gamers gave the title an average score of 89 out of 100.

Interestingly, the other two games here follow a similar pattern: 2 nd place goes to March of the Penguins, another movie tie-in, and 3 rd goes to Yu Yu Hakusho: Spirit Detective, a manga tie-in. Despite both receiving great average user scores (81 for the former and 80 for the latter), both games have critic scores in the low 30s (34 and 33 respectively).

In the case of Spirit Detective, one critic went so far as to say that “the Japanese anime gets butchered here…”

Loved by Critics, Underrated by Gamers – Top Three According to Metacritic

Next, we’ll look at the other end of the spectrum of Metacritic’s data: the three games that critics loved, but gamers despised…

You may or may not find it surprising that all three of the video games loved by critics but underrated by gamers are massively successful titles. FIFA 20 and NBA 2K20, the games in 2nd and 3rd, are two of the world’s most well-known sports games (for example, according to Guinness World Records the FIFA franchise as a whole had sold over 260 million copies by 2018).

While these two games had critic scores of 79 and 77, their user scores were just 12 and 14.67. In the case of FIFA 20, many of its players have argued that the lack of updates in its Career Mode and Be A Pro Mode (and even its general gameplay) has led to the franchise stagnating in recent years. Maybe this is one of the causes of its poor user reviews.

Meanwhile, 1 st place goes to Warlords of New York, DLC for Tom Clancy’s The Division 2. Released by Ubisoft, one of the world’s largest video game publishers, The Division 2’s release was mixed. While it was the UK’s best selling game the week it came out, Ubisoft later admitted that the game’s sales weren’t as high as they had hoped upon release.

It seems that any goodwill for the Division 2 had dissipated by the time the aforementioned DLC was released. With an average user score of only 7.67 out of 100, the game appeared to have very few fans at this stage, with most people taking a very negative view of it. Of course, the exceptions here are the critics, who gave it a massive average score of 78.33.

Now that we’ve seen the top three, let’s branch out to the top 50 for both categories.

It’s definitely fair to say that this top 50 is primarily populated by titles that are a little less well-known in some regions around the world (particularly in comparison to the following top 50). Even Pokemon’s single appearance on this list is instigated by Mystery Dungeon, a spin-off of the main series.

There is also a continuation of what we saw in this category’s top three, with many of these games being tie-ins from franchises originating on other mediums like film and television; examples include Shrek, Buffy the Vampire Slayer, and Yu-Gi-Oh! While games like these are often made primarily to raise brand awareness and to capitalize on their movie/TV releases, it seems that many gamers actually rate them as really good games compared to the critics.

Finally, let’s examine the top 50 games that are underrated by gamers but loved by critics.

Unlike the previous list, this ranking is littered with franchises that are massively popular in the West. For instance, no less than seven of these games are a part of the Call of Duty series, being either full games or DLC. Other iconic gaming franchises that were rated far kindlier by critics than by average gamers include Battlefield, Warcraft, and Pokemon. FIFA also deserves another mention after its appearance in the top three with FIFA 20: a little further down, FIFA 19 sits comfortably in 14th. Similarly, after NBA 2K20’s placement in 3rd, NBA 2K18 and 2K19 took 11th and 12th respectively.

In addition to this, Fortnite’s incredible popularity didn’t stop it from getting into this list, coming in at 49th. After seeing how the results stacked up using Metacritic, we thought it would be worth seeing how the rankings might look using data from another source. We, therefore, took the
time to gather the average user review scores of thousands of games on Steam, then compared them against their average Critic Scores. this allowed us to discover the games that Steam users love but critics don’t, and vice versa.

Upon seeing the results for this ranking, we quickly noticed that nearly all of Steam’s games in this top 50 differ from Metacritic’s (the only exception is Senran Kagura Reflexions in 2nd place).

We also noted that several controversial games made appearances in this ranking – for instance, 2015’s Hatred, which was condemned by journalists for its extreme wanton violence. Postal, another controversial series, managed to rank highly at various points throughout our study. Two of its titles can be found in this table here (namely Postal Redux in 26th and Postal 2 in 3rd ), while the original Postal reached 74th. In addition, Postal 2 appeared in the top 100 for Metacritic’s Loved by Gamers/Underrated by Critics.

Although some of the franchises found in this list are highly popular (such as Five Nights at Freddy’s and Final Fantasy) many of these games are a little less well-known. This is particularly true when compared to the following ranking…

Just like our equivalent ranking for Metacritic’s data, many spots in this table are occupied by highly popular franchises – these include NBA 2K, PlayerUnknown’s Battlegrounds, Battlefield, The Sims, Destiny, and Monster Hunter, to name just a few.

This wasn’t the only similarity between Steam and Metacritic’s respective Loved by Critics/Underrated by Gamers rankings. There were also quite a few reappearances from certain games. Aside from ArcheAge, Artifact, and Command & Conquer 4: Tiberian Twilight, it was especially intriguing to see all three NBA 2K games return (2K18, 2K19, and 2K20).

On top of this, we noticed that the Call of Duty series cropped up at various points for both Steam and Metacritic’s Loved by Critics/Underrated by Gamers lists, with three appearances in the former and seven in the latter. Are there any games that you think don’t get enough notice or praise from critics? On the other hand, are there any games that you believe are hugely overrated? Either way, let us know in the comments below.

To gather the data for this study, we began with Metacritic. First, we scraped the critic scores (Metascores) and user scores for thousands of titles and averaged the scores of games that appeared on multiple platforms (as games released on more than one platform appear as separate listings).

We then gathered the data from Steam in a similar manner. Each game has an average user review score out of 100 – we scraped these results and then matched them to their Metascores to discover the games with the largest difference in scores from Steam users to critics.

If you’d like to see the full rankings of all the game scores that we gathered from Metacritic and Steam, click here.

Speaking of Best Games at 3D Aim Trainer, we’re happy to have Hyper Scape added to our Mouse Sensitivity Calculator on the aim training platform.

How to Improve your Aim in Any Situation

Which Cities Love Gaming the Most?