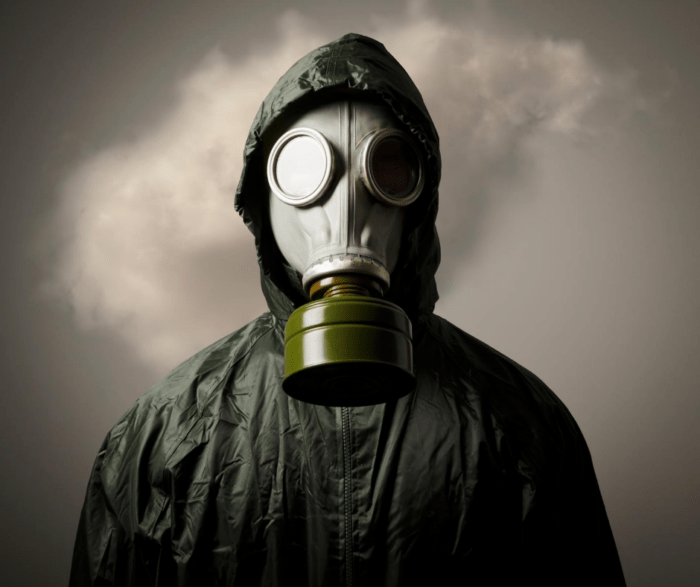 Before diving into the video game world to explore the most toxic gaming communities, when speaking about video game communities, there was a time when video games were seen as a niche pastime for the few – now gaming is an everyday activity enjoyed by countless people all over the world. With so many people playing games, it has led to the creation of communities and fan bases springing up for individual games. Reddit provides a prime example of this, where the subreddits of larger games like Fortnite, Overwatch, and League of Legends have well over a million members each!

While most gamers are a credit to their respective communities, there is always a small subset that likes to indulge in toxic activity. This can range from derogatory and foul language to trolling and using hacks to gain an unfair advantage over other players.

There are various potential reasons why a player might exhibit toxic behavior. However, generally speaking, it comes down two root causes:

But which game communities engage in toxic activity the most? We analysed thousands of comments across the subreddits of the world’s most popular games to find out which communities most often engage in this kind of behaviour. We also found out how often people search online regarding toxic activity in each game.

Which video game community do you think will come out on top? Read on to take a look at our discoveries.

2nd and 3rd place in the final rankings belong to Call of Duty Warzone and Counter-Strike: GO respectively. In spite of these two being the only games to have an average score above 5 out of 10 (aside from PUBG), Warzone’s average is still over 1.6 points behind 1st place, while CS: GO’s average is nearly 2.5 points lower – showing just how far ahead of the pack PUBG truly is!

Minecraft and FIFA aren’t far away in 2nd and 3rd place – Minecraft has the lowest swearing tendency and number of references to general toxic behaviour, while FIFA has the least mentions of hacking.

For a better understanding of how we calculated these scores, take a look at the rest of the study and read through our methodology section at the bottom of the page.

Next, let’s go more in-depth and analyze the rankings of each individual data point…

Game Subreddits with the Highest Proportion of Swear Words

The first factor we looked into was the number of swear words on each game’s subreddit comments versus the total number of comments that we analysed.

The Smash Bros. subreddit has by far the highest proportion of swearing out of all our games – over double that of Call of Duty Warzone in 2nd place!

At the other end of the ranking, Minecraft’s subreddit had the least proportionate mentions of swearing. It was very closely followed by Roblox’s subreddit, which was only 0.003% behind.

Game Subreddits with the Highest Proportion of Hacking Mentions

Next, we checked out each subreddit’s proportion of references to hacking.

The game with the greatest proportionate mentions of hacking turned out to be PlayerUnknown’s Battlegrounds. This is a fairly understandable result – cheating and hacking activity have been seen in PUBG even back when the game was in early access, and can still be witnessed online to this day. Of course, this isn’t to say that the game’s developers are doing nothing to combat hackers. For instance, in July 2020 anti-cheat technology was added to PUBG Mobile, to discourage cheating and to identify suspicious in-game behaviour.

The bottom of the ranking includes the games FIFA, Super Smash Bros., and League of Legends. This isn’t particularly surprising with regard to both Super Smash Bros. and League of Legends: in the case of the former, any modding of the game usually results in an immediate ban, while the latter has generally seen very few instances of hacking and scripting compared to other games (although it isn’t unheard of).

Game Subreddits with the Highest Proportion of General Toxic Activity

For our next factor, we delved into mentions of other kinds of toxic behavior, such as trolling, griefing, and references to players being banned.

Rocket League’s subreddit was found to have the highest proportion of references to general toxic activity. Despite cheating and hacking being largely unheard of in the game, it seems that, based on our Reddit data, the community makes up for this with a particularly high amount of trolling and general toxic discourse.

Once again, we find Minecraft at the bottom of the ranking. Just like with its low levels of bad language, it seems the Minecraft community doesn’t engage in a huge amount of griefing or trolling either, compared to other communities.

Game Subreddits with the Highest Proportion of Positive Interaction

For our fourth Reddit-focused ranking, we thought it would be worth taking a look at the other side of the coin. We searched for terms related to more positive behavior, including phrases like ‘well played’, ‘congrats’/’congratulations’, ‘gg’ and many others.

Overwatch’s subreddit comfortably takes 1st place for this data point, with a positive proportion of nearly 15%! The game has done well in many of our rankings, with the 16th and 18th lowest proportions of swearing and general toxic activity respectively. Last year the game’s developer Blizzard Entertainment, implemented an endorsement system which they claimed reduced toxicity by 40%.

Meanwhile, it’s an interesting coincidence that Smash Bros., the community previously found to have the greatest tendency for swearing/aggressive language, also has the 2nd lowest proportion of positive interaction in this data point.

Games with the Most Online Searches for Toxic Activity

Top of the table for this ranking is Call of Duty Warzone, although PlayerUnknown’s Battlegrounds is only 0.05% behind. Despite only being released in March 2020, Call of Duty Warzone has built up a massive following, thanks in part to the enduring popularity of the Call of Duty franchise and also for creating a Battle Royale game that players can’t get enough of. Considering the sheer size of its fanbase, It’s not a huge surprise that the game has attracted its fair share of toxic players!

Somewhat more surprising (given its high proportion of swearing and low proportion of positive interaction), is the fact that Super Smash Bros. has the lowest proportion of toxic online searches – it seems that, while the game’s players are often foul-mouthed, they don’t tend to take their toxic behavior as far as many other game communities.
Just above Super Smash Bros. is Valorant in 20th. A relatively new game (fully released in June 2020), it’s great to see that Valorant’s rapidly growing community surrounding seems to be exhibiting lower levels of toxic behavior than many other video game communities.

Once we had gathered all the data we needed by scraping Reddit and using Google’s Keyword Planner for our individual categories, we normalised our results to give each game a score out of ten for every factor. To do this, we used the following minmax normalisation formula:

Once we had these scores, we combined them to find each game’s average, allowing us to create a final ranking that showcases which video game communities exhibit the most toxic activity.

Community Toxicity on Other Websites

Of course, there are various other sites and servers besides Reddit where video game communities gather (including their respective subsets of toxic members), with some of the more famous being Twitch, Discord and Steam.

They each have their own ways of dealing with toxic behaviour. In the case of Discord, their community guidelines recommend that you report anyone who posts messages involving the following:

Users can also block or mute individuals whose content they don’t want to see. In addition, moderators can kick or ban users on their server if they’re breaking any rules or guidelines.

Of course, this doesn’t mean that sites aren’t working at further refining the ways in which they operate. For instance, March 2020 saw Twitch provide more powerful banning and blocking measures, allowing streamers to remove toxic individuals from their Followers list by blocking them and their Chat list by channel banning them.

On top of this, game developers themselves will often encourage good behavior in their games. For instance, DotA 2 (one of the most popular games on Steam) gives players a behavior score based on their interactions in the game: if you’re friendly and helpful you’ll have a high score, whereas if you continually ruin games and get reported you’ll have a low score. The game applies this when matching up players so that those who have a high behavior score are less likely to interact with those who have a low behavior score, limiting the negative effect that toxic players will have on the rest of the community.

While it’s clear that the level of toxic activity does vary from game to game, it’s also fair to say that no online games are entirely free from toxicity. However, there are certainly better ways of responding to and dealing with this kind of behaviour. For instance:

These days there are many well-known streamers and gamers who are try to play in a distinctly non-toxic way – they focus on giving out good vibes and they always encourage their teammates and audience to do the same. Examples include:

Can you list the most toxic gaming communities you’ve ever been to?

And how much toxic behavior have you experienced while playing games online?

Which Cities Love Gaming the Most?

Mobile poised to go NextGen in the next 5 years.

How to Improve your Aim in Any Situation

11 thoughts on “Most Toxic Gaming Communities”