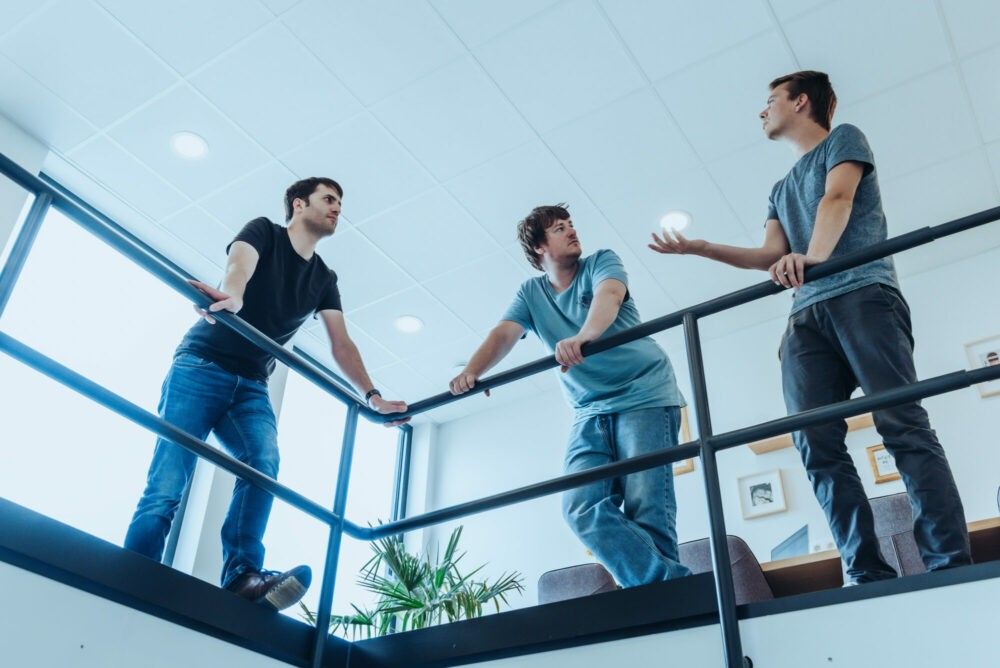 Two months ago, we turned one! 365 days of updates, product launches and improvements, new training modes to millions of our users eager to improve their aiming skills in FPS games.

So how did 3D Aim Trainer really happen?

The concept was first conceived in 2017 by Bernd, a passionate pro player, and gamer who you can spot on our leaderboards under the name Mobius. Bernd wanted to improve his aiming practice in a more efficient and effective way than simply playing FPS games online all the time, which was clearly very time consuming and ineffective for the main purpose of getting better at aiming as an isolated skill. He understood that in order to really improve and stand out, dedicated training routines and exercises are necessary.

He shared his idea with his brother, Miquel, and his longtime friend Robin and together they released the first version of 3D Aim Trainer in March 2017. So between the inventor (Bernd), the builder (Robin), and the seller (Miquel), 3D Aim Trainer was incepted with no other goal than to shoot for the stars. Soon enough, they were spotted by an investment fund that allowed them to scale their startup and officially launch as a company in 2019.

Many milestones were achieved in the last 12 months, our multi-platform aim trainer has served over 6 million users ranging from gaming enthusiasts to hard-core gamers in nearly 190 countries. Our numbers are getting higher not only in user count but also in the total time spent on the platform per user, which has tripled, thanks to continuous improvements and additions of new training arenas for a variety of skills and FPS games. We’re the first aim training platform to ever launch a multiplayer mode that allows you to take your training to the next level with 1v1 training drills up against the global community of like-minded aiming pros.

We’re very humbled by the love we’re getting from our community across the globe and in many languages! which includes top pro players, esports teams, and influencers. Our mobile apps which are specially designed to help you train your aim from anywhere and anytime are getting 4.5-star reviews on both the Google Play and Apple stores.

Reflecting on the past year, our co-founder Bernd: “I’m incredibly proud of what the team has achieved in its first year. When I began developing the training platform, it was to help me improve my aiming skills, as I felt there was not a sufficient product on the market. What began as a hobby has since turned into a global platform that has helped millions of gamers. We have big plans for our second year, including expanding our global reach and helping as many gamers as possible to improve their shooting skills and gain a competitive advantage.”

. We’re based in Dendermonde in East Flanders, Belgium.

. We value our team and encourage them to work from anywhere in the world.

. Our co-founder Bernd is the main moderator and to this day makes sure to respond to every comment and suggestion by members in our Discord community. That’s how we learned how to build 3D Aim Trainer for you.

All the hard work has paid off, but we’re not stopping there since obviously we totally forgot about our birthday! We’ve been working super hard to make 3D Aim Trainer, Bigger, Faster, Stronger. There are so many projects in the pipeline and we hope you stick around to see what’s yet to come.

We Aim to Conquer, what about you?

If you’re passionate about FPS gaming as much as we are and wish to polish your aiming skills, do join our Academy today to start tracking your progress.