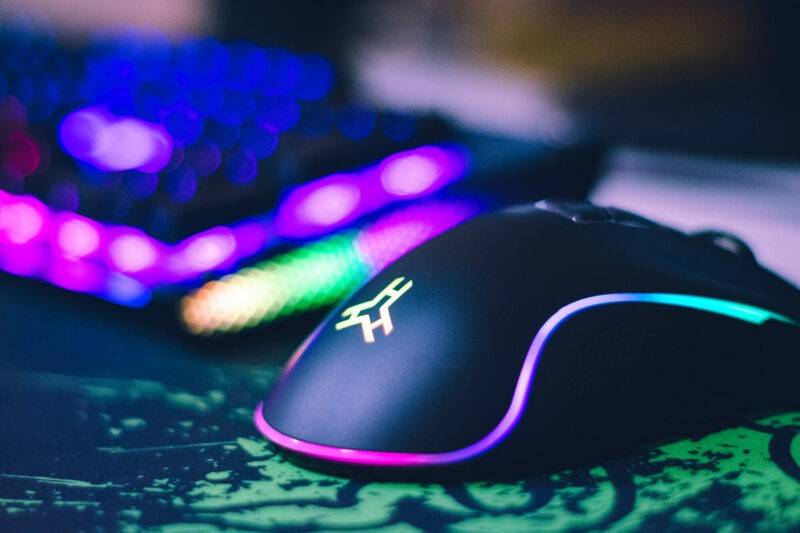 This guide is for anyone that wants to know how to make a solid keybind setup or wants to know more about the thinking process behind good keybinding and will present you different options on how to improve your layout. No matter what your gaming background is and is suitable for most FPS Games.

These are the 3 rules that will be the common thread for this guide and the cornerstones of our keybinding philosophy.

1. When binding a key to a certain action, always do this from a combat point of view.

The most important actions in combat need to be accessed in the most comfortable way possible, and therefore bind to the easiest reachable keys.

2. Movement is key during combat

Within combat you need to avoid reducing your ability to move by binding important combat actions to keys you need to access with fingers holding your movement keys, reducing even for a split second your mobility.

Avoid compromising your aim mid-fight by binding important combat related actions to your additional mouse keys. For example, pressing one of your thumb buttons mid fight means changing your grip on the mouse for a split second and might cause your crosshair to bounce off target.
(Try this for yourself by moving your desktop cursor in a straight line while pressing the thumb key, and you will notice that your cursor bounces a bit)

Note: these are guidelines and that most modern shooters will force you to make certain compromises on them because of the large variety of actions you can perform these days. But having these in mind will help you to make the choices that have the least impact on your performance while in combat.

Configuring or changing any keybinds

When changing keybinding for playing FPS games, you need to ask yourself two questions:

A) Which are the most important actions I need to preform while in combat?

This might sound straight forward, but this can differ depending on the shooter game you’re playing.

These days the most important aspect of combat in Fortnite is building, for protection and for getting the high ground advantage over your opponent.
This implicates that your building keys need to be easily accessible without compromising too much on your ability to move.

Apex Legends is a very aim oriented game with a more classic FPS feel to it.
The most important aspect of combat in Apex Legends is aim and recoil control while at the same time throwing your opponent’s aim off by moving in an unpredictable way.  This implicates that your movement, ability and weapon keys have top priority over other actions.

While being battle royal games they both have another approach to it, meaning different mindsets towards keybinding.

B) Are all important actions I need to perform in combat bind to the keys easily accessible?

Because you don’t want to compromise your ability to move or aim. But before you can answer this question, you should make a list of all actions that are important in combat for that game.

Next, make a list of all keys you can reach without having to worry about pressing other keys in the process.

If you aren’t sure which keys you can easily reach without misclicks use Virtual Hot Keyboard. A small free to try app that visualizes your keyboard input.

Run some fast-paced keystrokes on it so you have a better picture on which keys are suited for important combat actions. It’s also a great tool to practice your setup or detecting misclicks.

Logitech Ghub software has a heatmap tool that gives you for every gameprofile a clear overview of which keys and actions you use the most. This can be a good guideline for tweaking your keybind setup.

Now that we have a full picture it’s time to do some keybinding with our cornerstones in mind.

Note: this guide will not cover all individual keybinds since that’s a personal preference and depends on factors like: experience, game, keyboard and mouse button layout.
Mindset example (red box): Ninja’s Fortnite settings

The conclusion is that his keybinding setup is built around the most important action in combat which is building without compromising his aim.

While this setup might look unusual at first sight, it’s got a logical reasoning behind it that integrates all 3 cornerstones of keybinding philosophy in a great way.
(Note the usage of Logitech G502 lightspeed mouse (images below) which as a couple of extra mouse buttons I use to bind the NUMPAD keys on)

– First thing to notice is that both abilities are bound to extra mouse buttons. The tactical ability is bound right next to the left mouse button since some abilities require aim (Pathfinders grapplehook). You can increase your accuracy if you can bind these abilities to your mouse, especially right next to the left mouse button as you only need to move your index finger a bit, you can keep your natural grip on the mouse. But later we will talk more on that The ultimate ability is bound on the so called “sniper button”, while easily accessible it’s also “misclick” safe which is a good thing for an ultimate ability.

– Next thing to mention is that the “interact” action is bound to the rear thumb button. Reasoning besides it’s one of the easiest buttons to reach, is that it gives you full control over your movement while interacting with doors or chests.
Your game might become a bit more fluent when binding this to your mouse.

– The melee action is also bound to a thumb button, because this is an action you need to preform very quickly in the heat of battle without any misclicks.

– “Selecting grenade” is bound to the middle mouse button.
Again, easy to reach and something that you need in combat.

– “Reload” and “Holster weapon” are both bound to the mouse wheel as it are actions you need to preform often you might prefer not lifting any of your movement fingers for accessing them. – Also note that all actions bound to the mouse have no negative impact on aim as they are preformed while firing is disabled.

– “Equip Weapons” is only used when switching directly to the secondary weapon when holstered and bound by default. “Cycle weapon” on the other hand is useful in combat since you don’t have to worry about re-selecting the same weapon mid-fight and is bound to the “LALT” key which can be easily accessed with the left thumb without lifting any fingers from movement keys.

– Also something to highlight is that the “Health selection wheel” isn’t used, instead all healing items are bound around the movement keys which are easily accessed with the thumb (shield items), ring and index finger (health items). This way you have instant access to healing items without having to call the selection wheel first.

All those keys have a marco installed that switches automatically to the next item in line if the selected isn’t in the inventory. That way you don’t have call the inventory to check which item you can use.

– Also notice is that the “Ping” action is bound to the “C” key, this allows you to call out enemy’s mid-fight without losing mobility for a split second

– The last thing to highlight is that the “Push To Talk” key is bound to the “LWIN” by marco (NUMPAD9) for the same reasons as the “ping” action.

While this setup is highly tweaked and might go a bit far for some people, it’s a great example of keybinding philosophy with full mobility, a comfortable hand pose and aim control in mind, and this with a low chance on misclicks.

An example of a double macro working together allowing you to flawless bunny hop in Apex Legends with just holding down the Jump and Crouch key. This takes some time to create and test but once you nailed it you can benefit greatly from it.

Take your time to learn working with it and actively think about how some features might help you optimizing your keybinding configuration. This isn’t only useful for games; it can also help you in your daily workflow.

Gamepads like the Logitech G13 are very ergonomic and have a well thought out key layout allowing you to access a lot more keys than a regular keyboard without forcing your fingers in uncomfortable positions.

It also is a lot smaller than a regular keyboard creating more space on your desk for mouse movement.

The main reason for this is that the muscle memory and eye-hand coordination for the hand controlling the mouse is better developed then the one handling the keyboard since it’s used to aim. This means that the click-timing (which is the moment you press while your crosshair passes the target) is more on point, having higher accuracy as a result.

Note: It’s not recommended to bind these actions to your thumb buttons as you need to change your mouse grip for reaching them.

Give yourself time to adjust. Getting used to a new keybinding layout requires time, this is certainly the case if you already played the game numerous hours. So don’t aspect immediate results, give yourself time and accept that you will make mistakes and have misclicks due to the fact your layout changed.

Especially in stress and combat situation this will be the case as you don’t have the time to actively think about which key holds which action, you will find yourself fall into hold habits.

A couple of additional tips to make this transaction as smooth as possible.

But how many times that you find yourself misclicking, don’t change it back!
If your new key layout is thoughtfully build up you will benefit from it in the long run!

So guy’s this was it, I hoped you learned something from it….and I see you in the next one

This guide presented a variety of options on how to improve your keybinding layout.

If and how you integrate this in your setup is completely up to you.
Most of these recommendations will have just a minor impact on your performance so  always evaluate the potential benefit relative to the learning curve before reworking your layout, keep the good, rework the bad.

But what you should remember from this guide is that you need to think things through and have a good understanding of which actions are important and which are not, only then you can start building a solid setup.
And remember, there is no such thing as “the best keybind layout”.
So don’t blindly copy your favorite steamer’s layout thinking you will preform better by it. It’s not because something works for him it works for you. Nor should you completely change your layout after reading this guide, it all depends on how you are built (like hand size), personal preference, what you are used to and your gaming setup. If it works for you and you feel comfortable and perform with it, stick by it! But if you feel that you’re lacking don’t be afraid to rework your setup, just give it time and you will benefit from it in the long run!

The ABC of Aiming in PC Games

1 thought on “Keybinding Guide, How to improve your Keybind Setup”