The ABC of Aiming in PC Games

Also known as ADS  is a popular method for players to fire weapons in FPS games, which is usually operated by clicking the right mouse button. This click technique translates In real life too when a gamer raises a rifle up and places the stock right inside the shoulder area, and then leans their head down so they can see a straight line over the top of their rifle. This usually increases accuracy in most shooter games. Nonetheless, it can be limiting in terms of vision and situational awareness as well as mobility, especially in games where you need to be constantly moving otherwise you’re an easy target. The main benefit aside from accuracy is that it only needs a short amount of time to change weapon position.

Is when you move the mouse with your arm instead of your wrist. This technique is especially handy when you need to cover more ground and try to combat fatigue during long gaming sessions where recruiting large muscle groups in your arm will maintain your stamina for the duration of your shooter game. Aside from endurance and coverage, mouse sensitivity is another determining factor in whether to opt for arm aiming or wrist aiming. For example, playing on low mouse sensitivity (50cm/360 to 80cm/360)demands using arm aiming as the best technique, while limiting your aiming with wrist movements to only minor corrections, this guarantees covering a larger distance on the mousepad with small in-game movements.

Arm aiming is basically handy in making large, but accurate turns to get your crosshair as close as possible to the target, then use your wrist to make small adjustments plus track your target (for wrist aiming, scroll further down).

The aiming skills that can be mastered with arm aiming are

The main pivot point is located between your elbow and wrist for the larger part of aiming and mouse movement,  2/3 closer to the elbow than the wrist, while a second pivot point is in the wrist for fine-tuning and accurate crosshair placement.

A subgenre of shoot ’em up or shooter games: variously termed manic shooters, maniac shooters, these games required players to keep away from overwhelming numbers of enemy projectiles and called for nonetheless greater steady reactions from the participants. Bullet Hell video games arose from the want for second shoot ’em up developers to compete with the rising popularity of 3D games: large numbers of missiles on screen had been intended to affect gamers. Often the screen is completely covered with waves of projectiles in a bullet hell game.

An advanced movement technique in many first-person shooter games where the player utilizes both thumbsticks in console or mouse and keyboard controls on PC to attain a constant circular motion around his enemy while maintaining a steady aim on that target. This practice minimizes incoming fire from the target’s teammates, as any misses are likely to hit and harm their teammate, it basically helps avoid counterattacks while attacking at close range. The player keeps moving in and out of the opponent’s field of view while allowing him/her sustained fire on the opponent. It is particularly useful against opponents that hurl visible projectiles. Circle strafing is also effective in herding a large number of enemies into a compact group as they all attempt to follow the player, and if the group is mixed, has the added benefit of being almost certain to start an infight.

A part of the screen in PC games in which the camera is controlled via free look where the mouse cursor can be positioned to lock the camera in place. The dead zone can be adjusted in some games such as Fortnite and COD Modern Warfare.

Organized electronic sports competitions around video games on PC or console, often played for a cash prize and recognition. Considered by many to be one of, if not the first real esports competition, The Red Annihilation event (1997) kicked off and left an immediate imprint.

An abbreviation for Field of View is the extent of the observable game world that is seen on the display at any given moment in first-person video games. It is typically measured as an angle, although whether this angle is the horizontal, vertical, or diagonal component of the field of view varies from one game to another. A higher FoV means you’ll have more peripheral vision, but can result in distortion effects when set too high.

The rendering speed for any game on your screen is measured in frames per second. The faster a game’s framerate, the smoother it appears. Both 30fps and 60fps are considered standard, but FPS games need to run at higher frame rates to avoid making players feel disoriented.

A popular activity that has dominated the video game culture recently, it’s basically performing a repetitive and time-consuming action in video games in general and FPS games in specific before being able to advance. Prevalent in online games, where it is alternately considered an annoying waste of time or an enjoyable necessity, depending on the player’s attitude. Many PC games have taken steps to reduce the ‘grind’, including doing away with traditional ‘leveling’ systems or allowing the player to temporarily ‘boost’ themselves to match the difficulty of NPCs in a given area.

A Head glitch is when an FPS player hides behind cover where the top of their head is the only showing part, yet has a full vision and can fire freely at enemies without obstruction.

An option that determines in which detail bullet marks on surfaces should be rendered. Usually, for maximum performance, it is best for this option to be turned off.

Abbreviated KDR / KR is how many enemies on average you’d take out before being taken out yourself. The term is quite popular as a benchmark amongst FPS Players in regards to their gaming skills.

Applying keybinding functions to a mouse to improve efficiency while playing the game. Learn more about Keybinding.

A technique in FPS games where the player advances in level, which alters the attributes of his/her character or opponents so that there is a similar challenge in combat. If the player character is several levels higher, either the enemy would be amped or the player’s abilities downsized in order for the challenge to have balance.

Is a form of memory that involves reinforcing a specific motor task into memory through repetition. You need to train your body to get into the same position consistently resulting in more accurate shots time and time again. You should practice this in both training and competition environments to replicate the feeling for each type of condition.

A technique in first-person shooter games used to attack a target by quickly aiming down sights on a weapon and shooting immediately This largely pertains to sniper rifles, when you quickly scope and take a shot with it. Quick scoping gets more accuracy than no scoping.

Primarily means to shoot without scoping in, especially when using a high-precision, long-range gun such as a sniper rifle. This is usually very hard to do because the shot when no scoping is very inaccurate.

It controls the animation accuracy of dead body physics. But it stresses the CPU not the GPU. Still if you have an older PC set it to “low”.

Is the visual relationship between the front and rear sight when aiming properly. Sight pictures differ greatly depending on what sighting system the rifle is using, but across the board the shooter should focus on the front sight, thus making the closer rear sight out of focus.

Abbreviated TPS is a subcategory in 3D shooting games with the camera looking out from behind the character, especially the character’s shoulders. It is very close to First Person Shooter Games the only difference is that the player’s character is visible on-screen during play.

Refers to a keyboard control scheme usually used to move a character. W is for walking forward, A for strafing left, D for strafing right, and S for walking backward. Wrist Aiming: Is controlling and moving your mouse with your hand instead of your arm. So you’re using your wrist to make fast and precise cursor movements. Wrist aiming is crucial for fast reaction times and increased accuracy over small distances. Wrist aiming is essential when playing on an extremely high mouse sensitivity (1cm/360 to 30cm/360), where it’s likely to just use your wrist to aim, with minimal arm movement. This is due to the fact that a small mouse movement performs large movements in the game, while small wrist movements will spin a big distance. 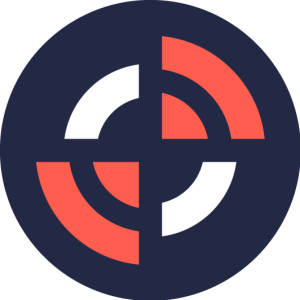